We hope you’ve remembered that today is April 15th, which means it’s the day the IRS has made as a deadline for turning in your tax forms.

But, you know what else April 15th means? Today, and only today, the public can buy Google Glass for the first time. 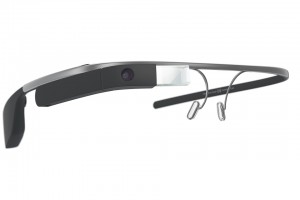 That’s right people, now YOU can wear a computer on your face! As cool as the concept is, it’s a hefty sum of $1500, and you risk public beatings like some other people have been through.

And here’s your bit of trivia for the day:

Tax Day hasn’t always been on April 15. The first Tax Day was on March 1, which was a little over a year after the 16th Amendment was ratified. Just before Prohibition started, Tax Day was moved to the Ides of March, aka March 15. In 1955, the deadline was pushed back to April 15, so the IRS could spread out the work involved with processing all the forms. The date of Tax Day changes if it is on a weekend or conflicts with a holiday in the District of Columbia.

For more Tax Day trivia, visit this site. Have a great Tuesday!