It’s April 1st. That means we’re in the midst of an overflow of misinformation and tom-foolery. So, for today’s Trivia Tuesday, see if you can pick out which headlines are TRUE and which ones are FALSE. Not all of the headlines are from today. In fact, most of these will be from the past year. How good are you at detecting BS? Let’s find out! 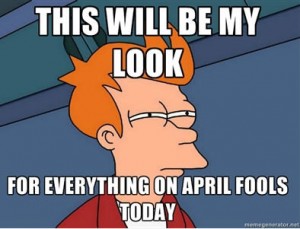 4. “Girl commits suicide after father posts embarrassing photos of her on Facebook”

Answers will be posted tomorrow, so you have all day to try and figure out which ones are real, and which are fake! Good luck!